West Ashley is one of the six distinct areas of the city proper of Charleston South Carolina. West Ashley derives its name from the simple fact that it is located west of the Ashley River. The population in 2016 was estimated at 75,144. By comparison, in January 2018, the population of Charleston-North Charleston was reported as 744,526.

Two major highways were built to alleviate heavy traffic on Historic SC 61 and the area of West Ashly saw explosive residential and commercial growth. Major retailers were locating or relocating to West Ashley since space in the historic downtown Charleston peninsula was not available.

If you follow country music, you will know that West Ashley is hometown to Darius Rucker, lead singer of Hootie and the Blowfish. Stephen Colbert of The Late Show is also a graduate of Porter-Gaud School in West Ashley.

West Ashley is not a self-governed city or town due to the majority of the area being located within the city limits of Charleston SC. There are still a few sections that remain in the unincorporated Charleston County.

West Ashley has over 90 neighborhoods and 15 major shopping centers. The commerce areas are grouped along the main corridors through West Ashely being I-526, SC 7 and SC17. Pro for commuters is that West Ashley is close to Charleston and North Charleston with a major highway providing a straight-line driving experience.

If you are in an area below 20 minutes your commute becomes bikeable on nice days.

Below are some homes that are currently available for sale.

The Colony at Heron Reserve is an exclusive gated resort style community with amenities that include a dog park, an infinity pool, and a luxury clubhouse with a full kitc...

Endless possibilities in one of the best locations in all of Charleston. This charming Old Windermere home is in need of renovation but features details such as a butlers...

So much curb appeal & charm from this one! Check out this adorable 3 bed / 2 bath with its updated flooring (waterproof luxury vinyl plank/no carpet), newly opened up kit...

COMPLETELY renovated FOUR bedroom / 3 FULL bath home in the heart of West Ashley on .36 acre! No expense was spared, new roof, 2021 HVAC, & a must see! Enter thru the cha...

Welcome home to this 3 bedroom 1 bath home on over 1 acre. Looking for a investment property or your primary home this home is great- come view this house today. This ho...

Welcome home to 530 Merrywood Drive, located in the newly developed Grand Bees subdivision. This gorgeous 4 bedroom, 2.5 bath home was built in 2020 and customized to per...

Welcome home to 9 Campbell Drive! This brick home is in the highly desirable Byrnes Downs neighborhood just minutes from downtown Charleston. This charming location is wi...

Welcome to this beautiful home located in the highly sought after Carolina Bay subdivision. This amazing home has 3 bedrooms, 2.5 baths, and a detached 2 car garage. The ...

Investor Special: Seller would like to sell 1783, 1784, and 1785 Melody Ln. as a package but will consider selling separately. Two of the three homes have long-term tenan...

ENJOY YOUR MORNING COFFEE OVERLOOKING THE GORGEOUS POND AND FOUNTAIN FROM YOUR PRIVATE BALCONY.THIS DESIRABLE ONE BEDROOM, ONE BATH CONDO FEATURES POND-FRONT LIVING AND I...

Charming 3 bedroom ranch home located on a large corner lot in the desirable Heathwood neighborhood! This beautiful property was recently renovated and features a bright ...

MEGA WATERFRONT COMPOUND IN HEART OF WEST ASHLEY ON DOUBLE LOT! 4 garage parking spaces! Apartment above the garage! In-ground pool over looking the marsh and river! 10+ ...

Easy to show. Easy to buy. Make this stunning, freshly renovated house in West Ashley your new home! This three-bedroom, two-bathroom home is perfectly situated in a qui...

Adorable townhouse with NO HOA OR REGIME FEES. Excellent location ... walk or bike to shopping, restaurants, and the West Ashley Greenway. 15 minutes to Downtown, 10 minu...

End unit with water view! Short term rental permit in place and is transferrable and renewable!! Huge garage for numerous car and plenty of toys. Tons of upgrades to i... 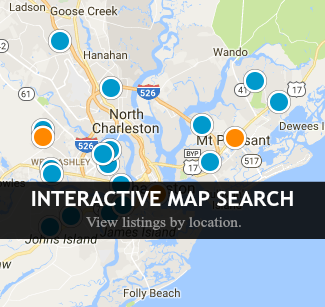 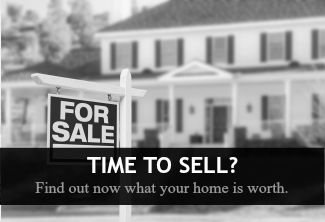 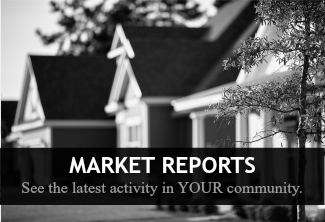